Any of my friends can tell you about all the homemade liqueurs that is to be had at our parties. I’m always distilling or infusing something. I’ve made lemoncello with every type of citrus out there; fruit liqueurs with everything from apples to mango; I make my own Kahlua, Bailey’s and mixers. Basically, I’ll put alcohol in anything.

Anything… ‘Oh, what’s that? A bag of oh-so-tasty-in-my-mouth Dandies? You mean the vegan marshy-mallows that I could practically live off of?” There are few things better than Dandies. One of those things is vodka. The following is what happens when those two things collide. 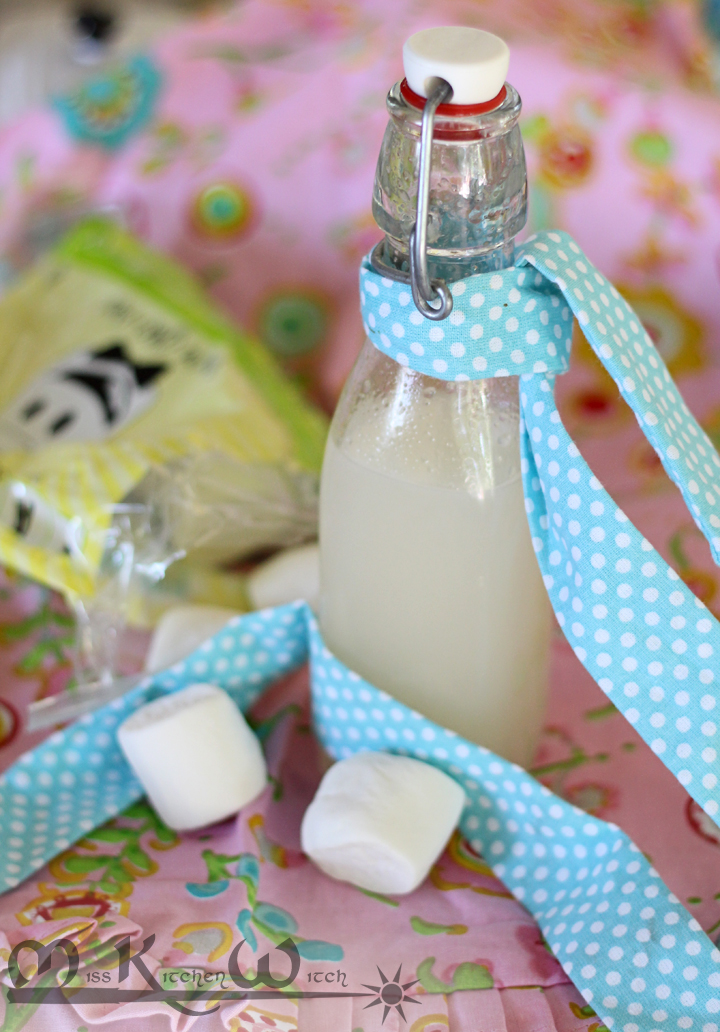 Ingredients
3/4 bag of Dandies Vegan Marshmallows (about 7 oz)
2 cups vodka (doesn’t have to be expensive, the more astringent the better)
1/2 tsp vanilla

Tear dandies in to quarters, making it easier for them to dissolve . Put them into a 2 pint jar and fill the rest with vodka. 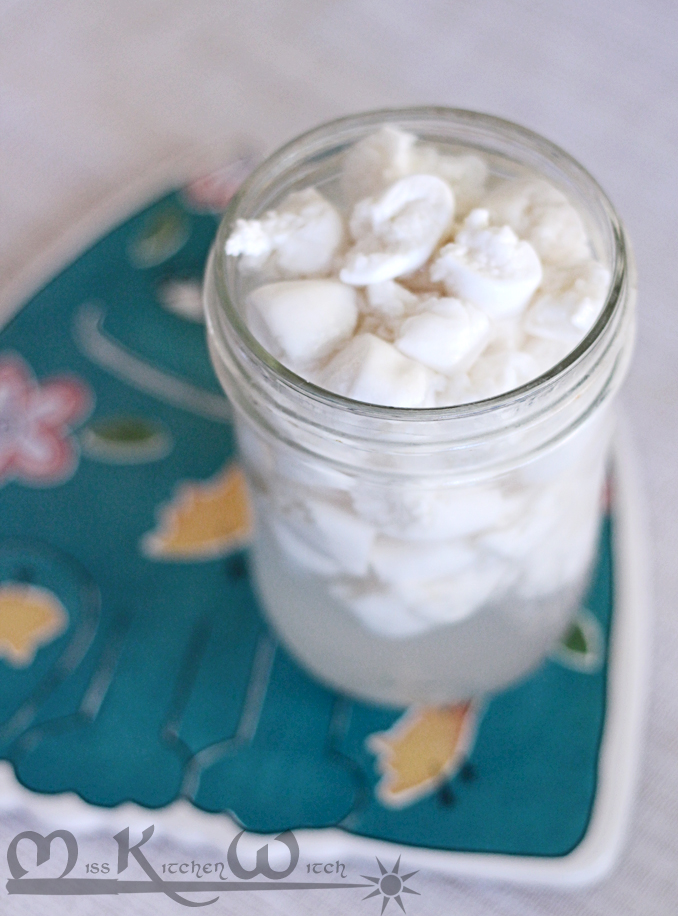 Cover and let sit for at least 14 hours. Shake the jar about occasionally. This is what it looked like the next day. 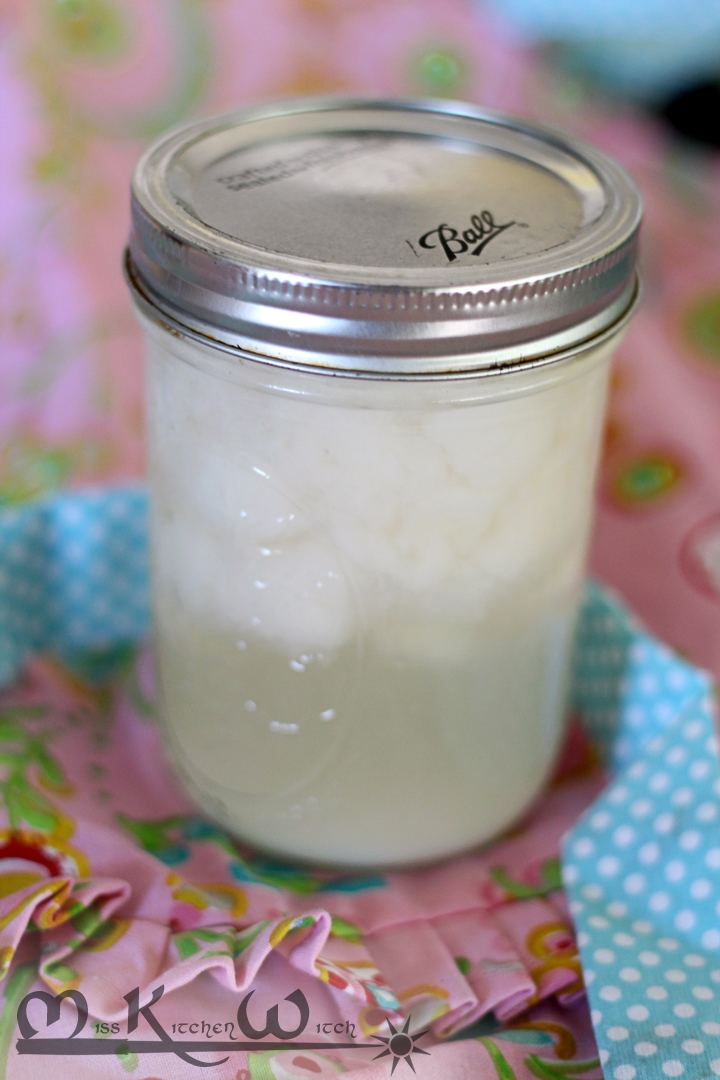 This is where it got weird. I though I was going to be able to strain out the marshmallows and eat them. But instead I got Dandie Sludge. I ate some anyway. The first one was awful, the second one ok, the third was good, and so on. 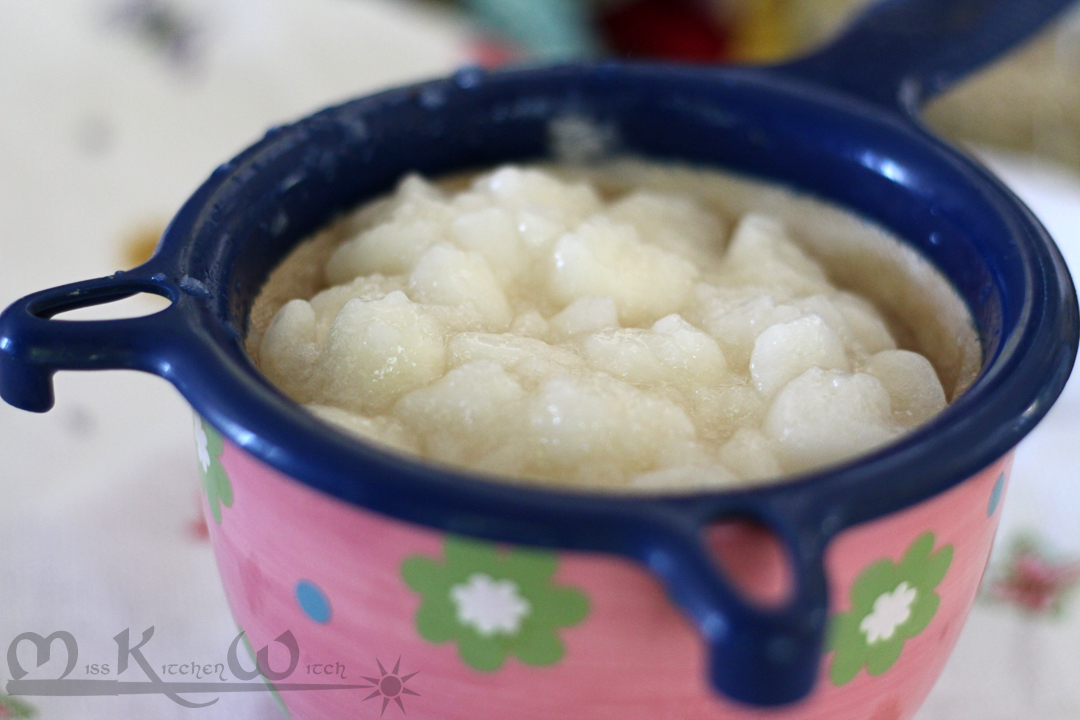 Straining it only gave me about half the liquid I put in because the marmallows were so inundated with vodka. I then squeezed them through a cheese cloth. 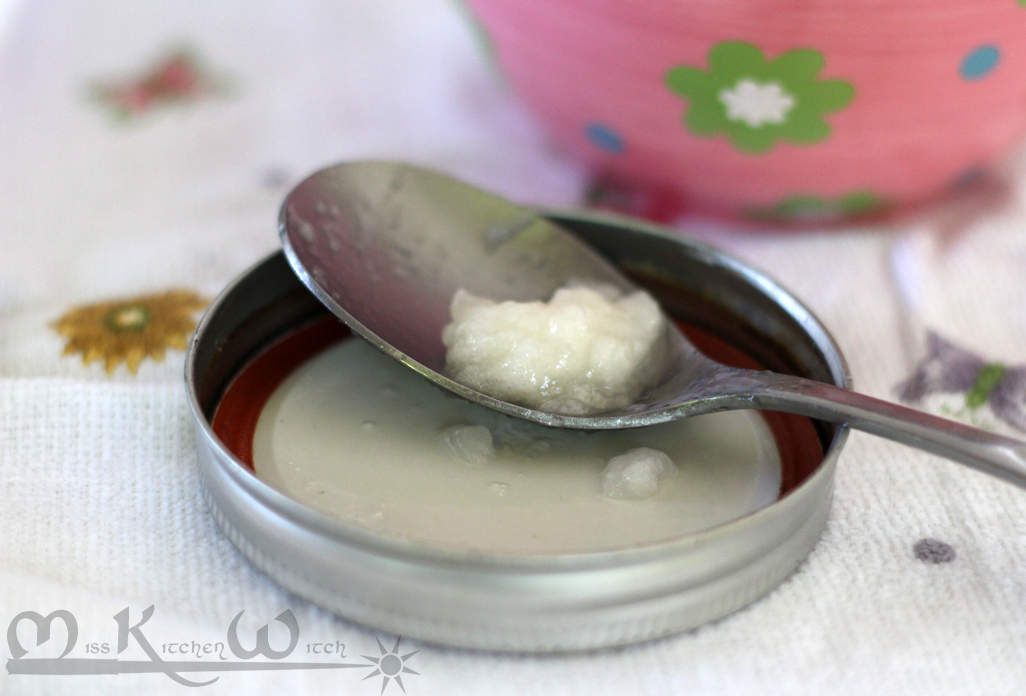 Don’t do this, it was disgusting. Instead, do what I should have done and mash up the marshmallows and return them to the jar. They’ll dissolve completely, I was just being impatient. 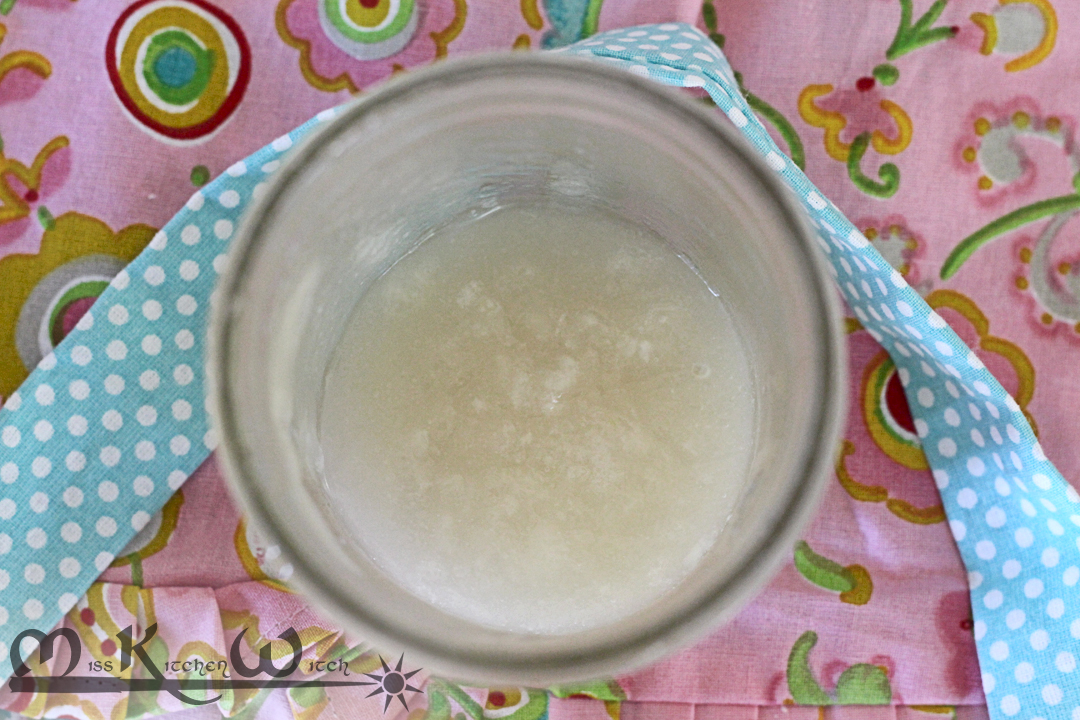 Keep shaking the jar, letting it sit for a few more hours. Strain off any big bits still left. Add the vanilla and top off with a little bit more vodka to thin it out and you’re ready to go. Refrigerated, it should keep for at least a month. Shake well before using.

Tomorrow I’ll post our two favorite cocktails with it. That will give you time to make some for yourself.

*I should note that there is nothing un-vegan about Pinnacle or Smirnoff Marshmallow Vodka, I just wanted to make it myself with real marshmallows instead of artificial flavorings.