Polyjuice Potion is a mixture that allows one to take on the form of another person for a short period of time. The potion is advanced and time consuming, after brewing it has to ferment and stew for nearly a month before it’s ready. Harry, Ron, and Hermione first use Polyjuice Potion to assume the forms of three Slytherin students in an attempt to extract information from Draco Malfoy about the Chamber of Secrets.

The literary version contains such disgusting ingredients as leeches, lacewing flies, topped with hair belonging to the person you plan to change into. It is said to change flavor and appearance depending on who you’re replicating—varying from mud and boogers to a gold elixir.

“Here it is,” said Hermione excitedly as she found the page headed The Polyjuice Potion. It was decorated with drawings of people halfway through transforming into other people. Harry sincerely hoped the artist had imagined the looks of intense pain on their faces.

“This is the most complicated potion I’ve ever seen,” said Hermione as they scanned the recipe. “Lacewing flies, leeches, fluxweed, and knotgrass,”she murmured, running her finger down the list of ingredients. “Well, they’re easy enough, they’re in the student store-cupboard, we can help ourselves…. Oooh, look, powdered horn of a bicorn—don’t know where we’re going to get that—shredded skin of a boomslang—that’ll be tricky, too—and of course a bit of whoever we want to change into.” 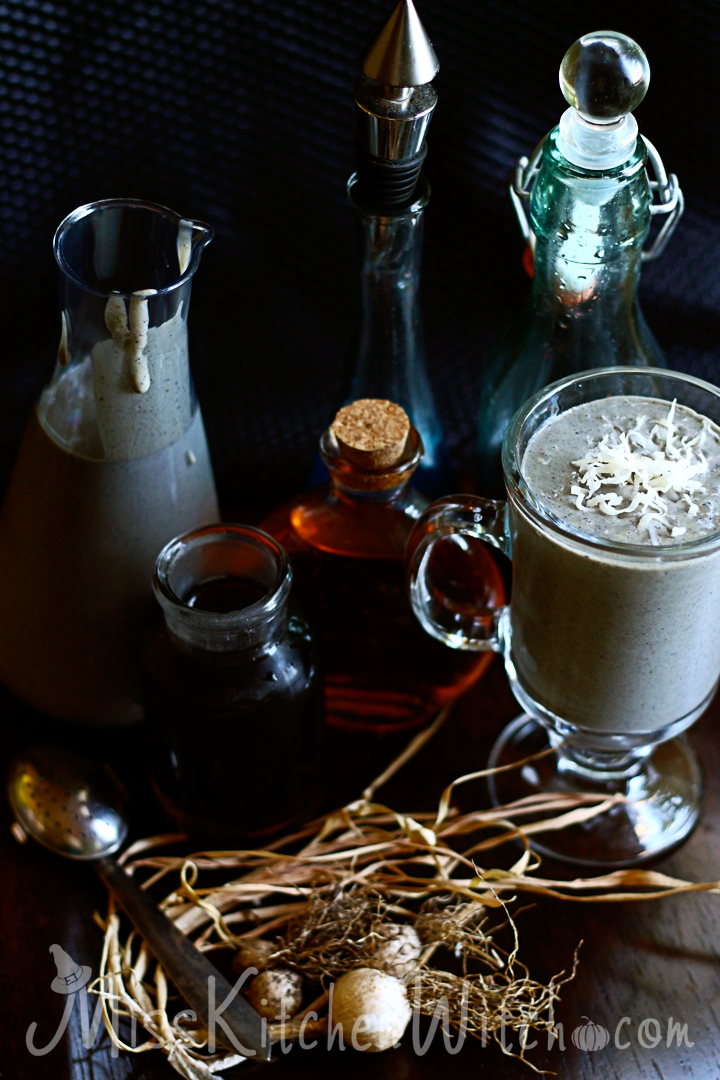 To get that gray muddy look in the Chamber of Secrets movie, I used just a little bit of greens and blueberries. Topped with some shredded coconut instead of hairs, this is a much more appealing potion. The nut butter makes it really filling, nice for breakfast or snack to keep you going until lunch. If you don’t have a highpowered blender, stick to spinach—it’s softer and will blend smoother. 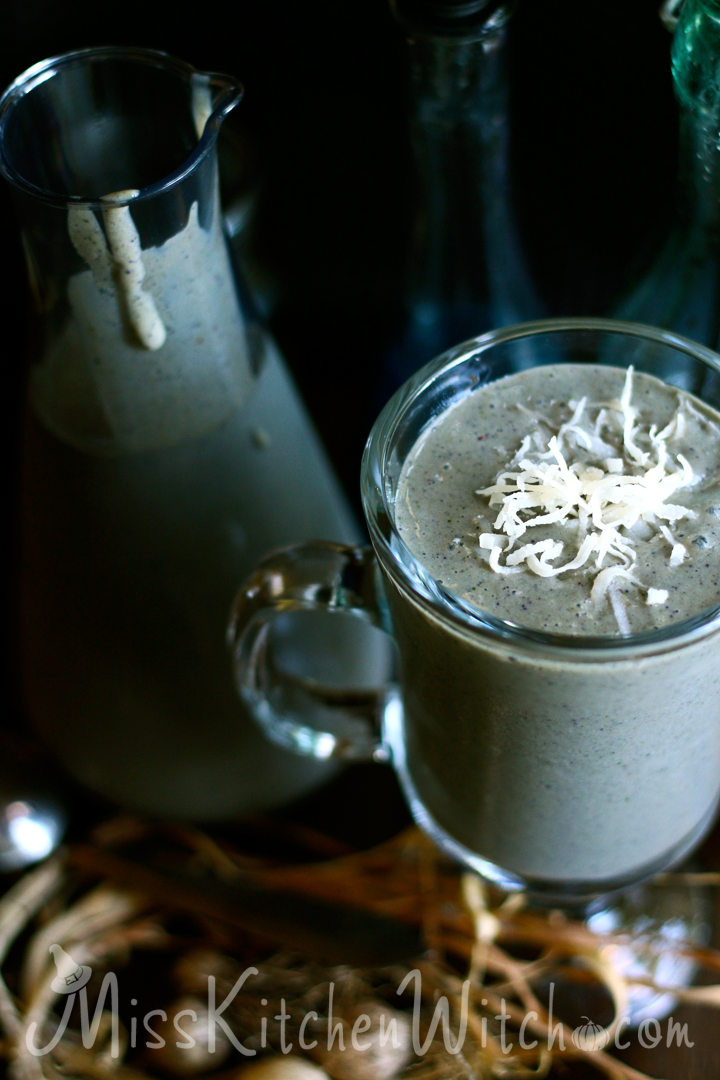 Place all the ingredients except the coconut in a high powered blender and process until very smooth. 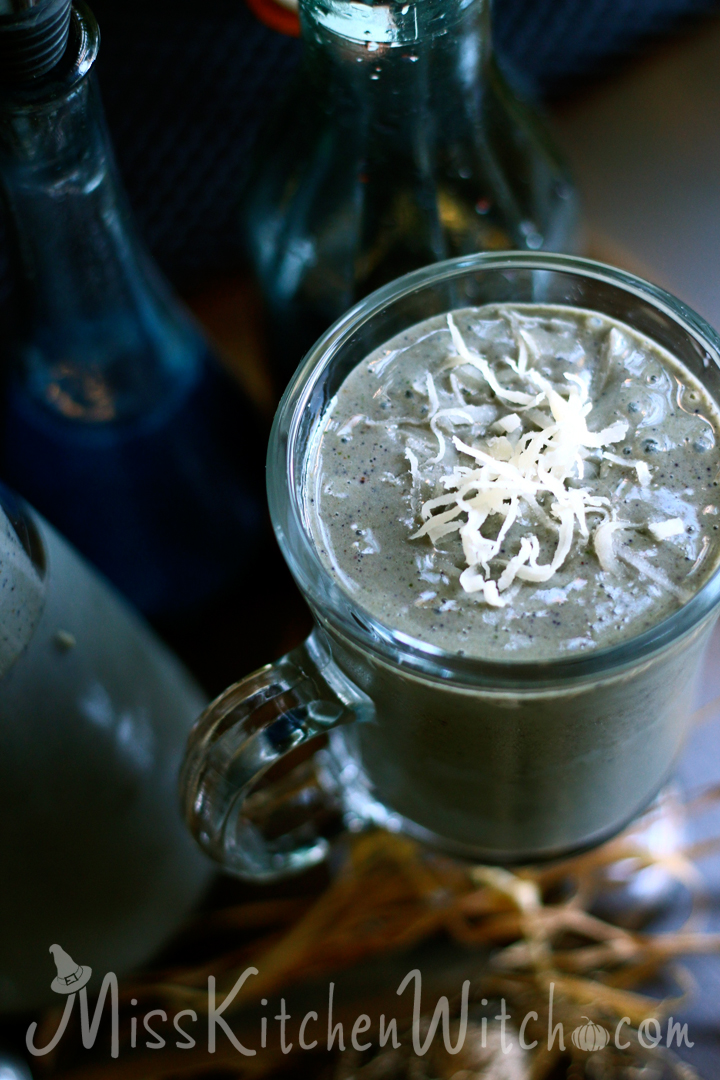 Pour into two glasses and sprinkle shredded coconut over each. Serve immediately.