Spotted Dick is a difficult dish for Americans to understand. All jokes aside, Spotted Dick is an English steamed pudding. More like a hot, moist pound cake than American pudding. When Americans talk about pudding, we think of  those little tubs of flavored custard. English pudding is a cake cooked in a steamer for long periods of time and sometimes aged with alcohol, like Christmas Pudding. ‘Dick’ is an old colloquial word for pudding and the spots come from the addition of currents.

This pudding is mildly sweet, with a hint of citrus and spices, and is served with a warm vanilla custard sauce. It’s mentioned in The Goblet of Fire after Hermione discovers that all the meals in Hogwarts are created by unpaid house elves and can’t stomach another bite. Ron naughtily tempts her with the array of splendid desserts.

“oh c’mon, ‘Er-my-knee,” said Ron, accidentally spraying Harry with bits of Yorshire pudding. “Oops—sorry, ‘Arry—” He swallowed. “you won’t get them sick leave by starving yourself!”

“Slave labor, “ said Hermione, breathing hard through her nose. “That’s what made made this dinner. Slave labor.”

And she refused to eat another bite.

The rain was still drumming heavily against the high, dark glass. Anther clap of thunder shook the windows, and the stormy ceiling flashed, illuminating the golden plates as the remains of the first course vanished and were replaced, instantly with puddings.

But Hermione gave him a look so reminiscent of Professor McGonagall that he gave up.

When the puddings too had been demolished, and the last crumbs had faded off the plates, leaving them sparkling clean, Albus Dumbledore got to his feet again. 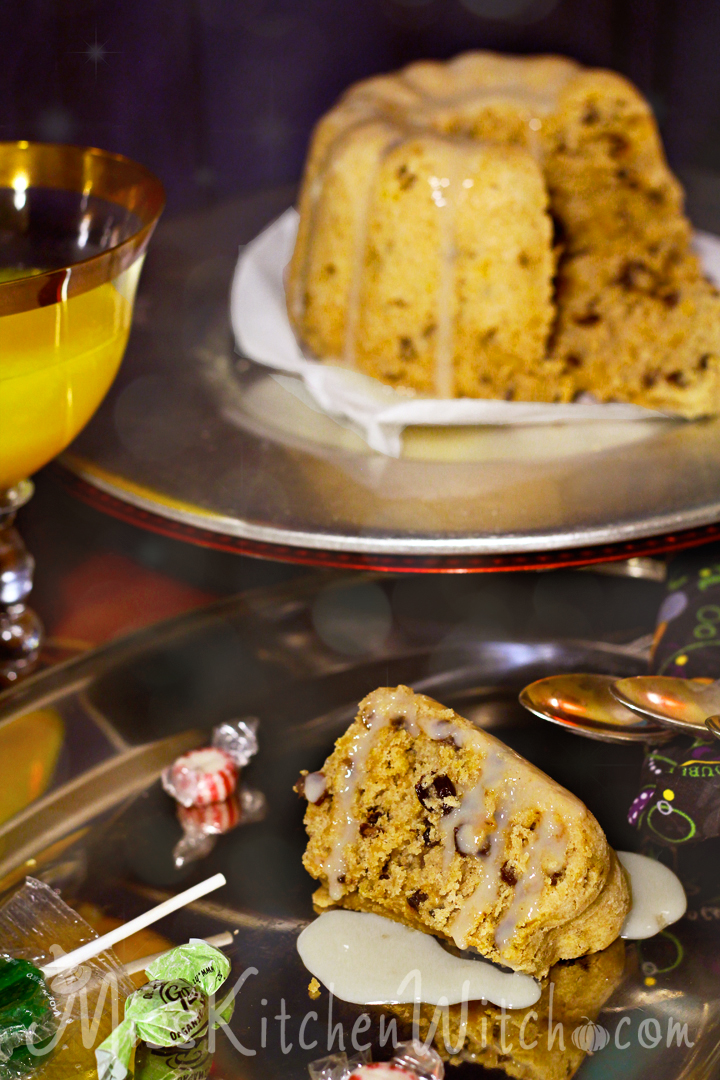 Prepare your pudding mold (tin) or a heatproof bowl for steaming by greasing with oil or vegan butter. If using a bowl, prep a piece of parchment paper, foil, and some kitchen string to tightly wrap around the bowl. 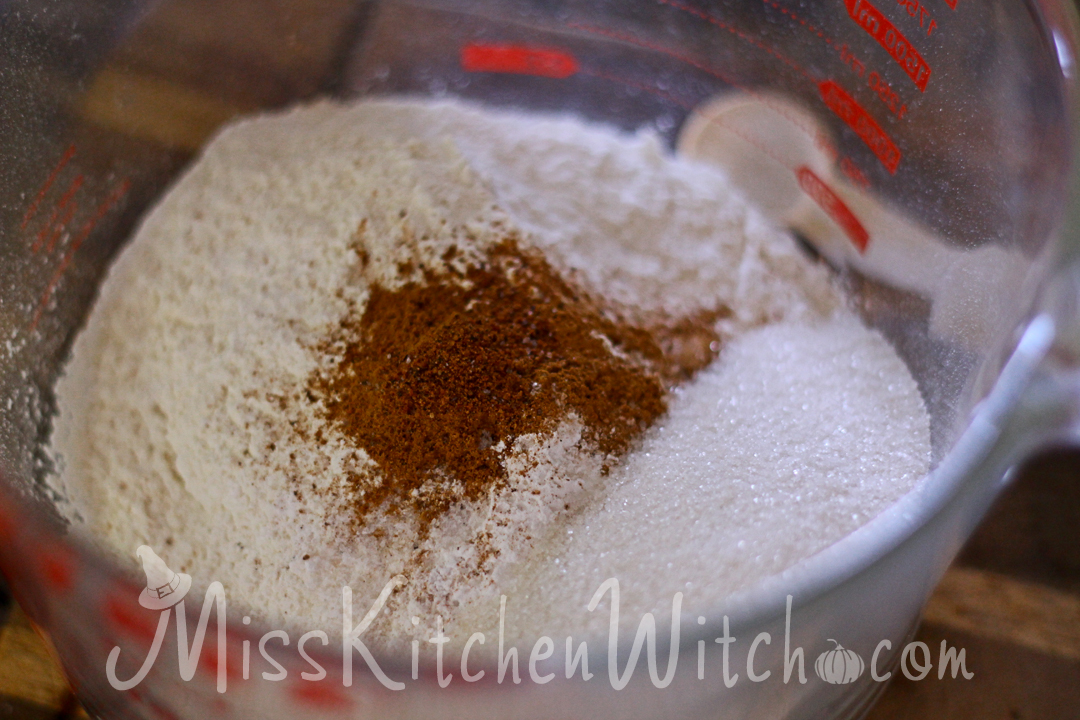 Toss the flour, sugar, powder, spices, and salt together in a bowl. Add the vegan butter or oil, crumbling it in to the mix. Add currants and citrus zest. 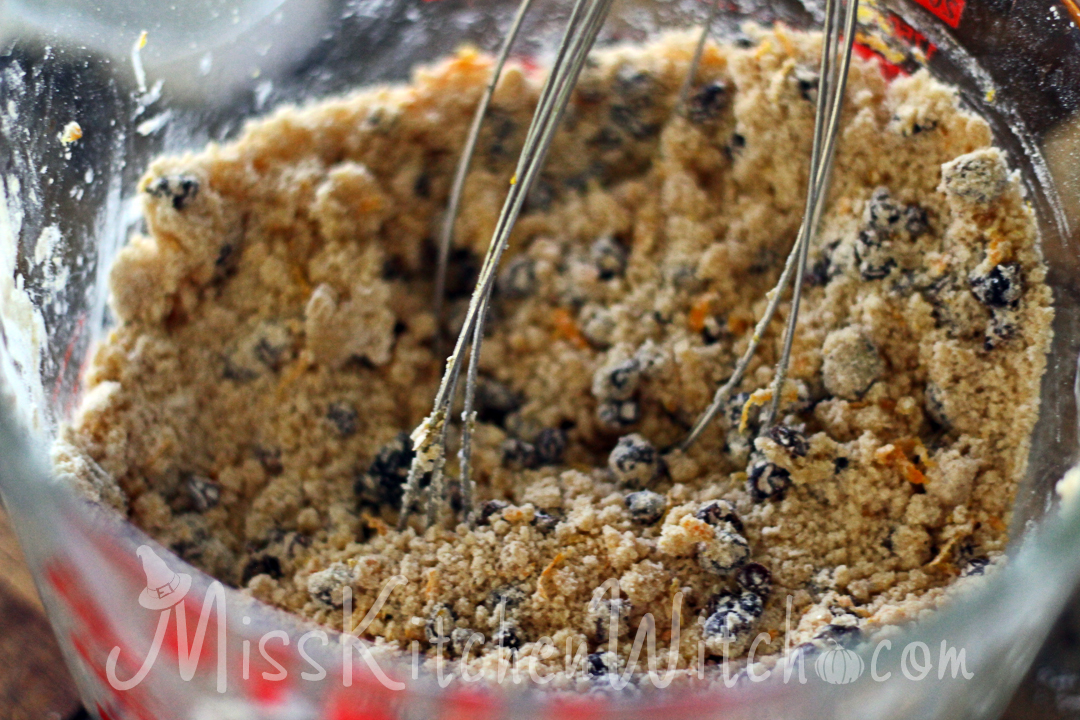 Pour in soymilk and mix to a stiff batter/dough. Should be consistency of a quick bread batter—like banana bread. 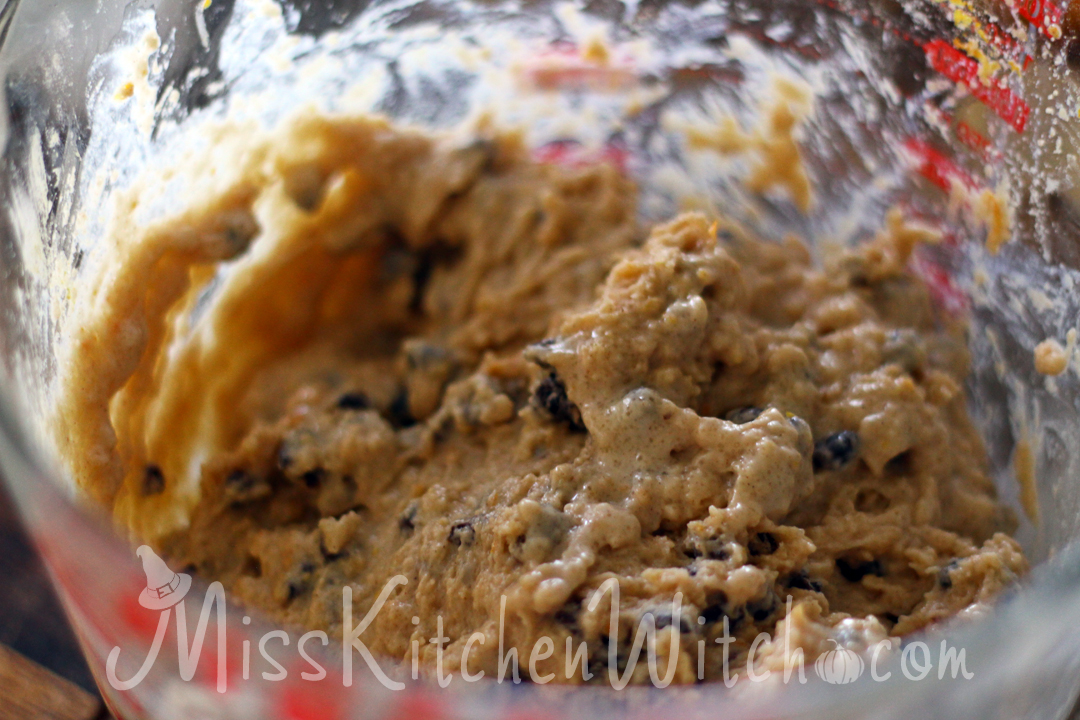 Plop batter into greased steamer mold. Tap mold a few times on the counter to be sure there isn’t any space on the bottom.

Latch cover (or cover with prepped materials) and place in steamer basket over a large pot of boiling water. 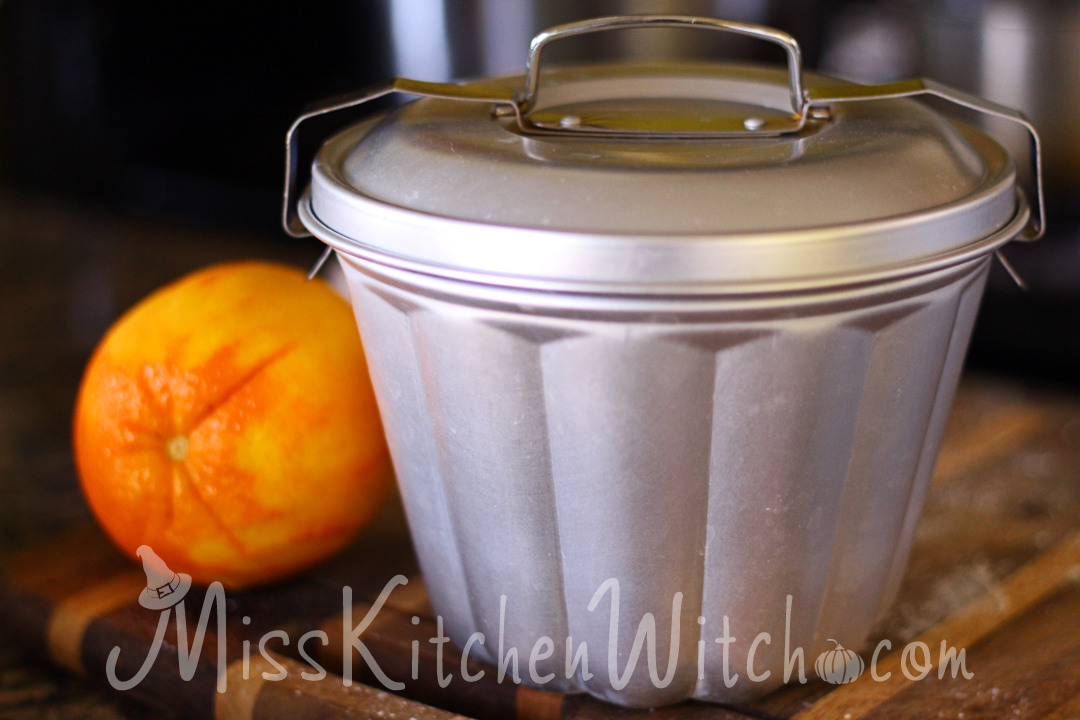 Cover and steam for 1 1/2 hours, topping up the pot with water from time to time. Remove pudding from the steamer and allow to cool slightly before opening.

While the pudding is cooling, prepare the custard sauce. Mix the starch and 2 tbsp of the almond milk. Put the rest of the milk into a saucepan with the sugar and bring to a simmer over medium heat. 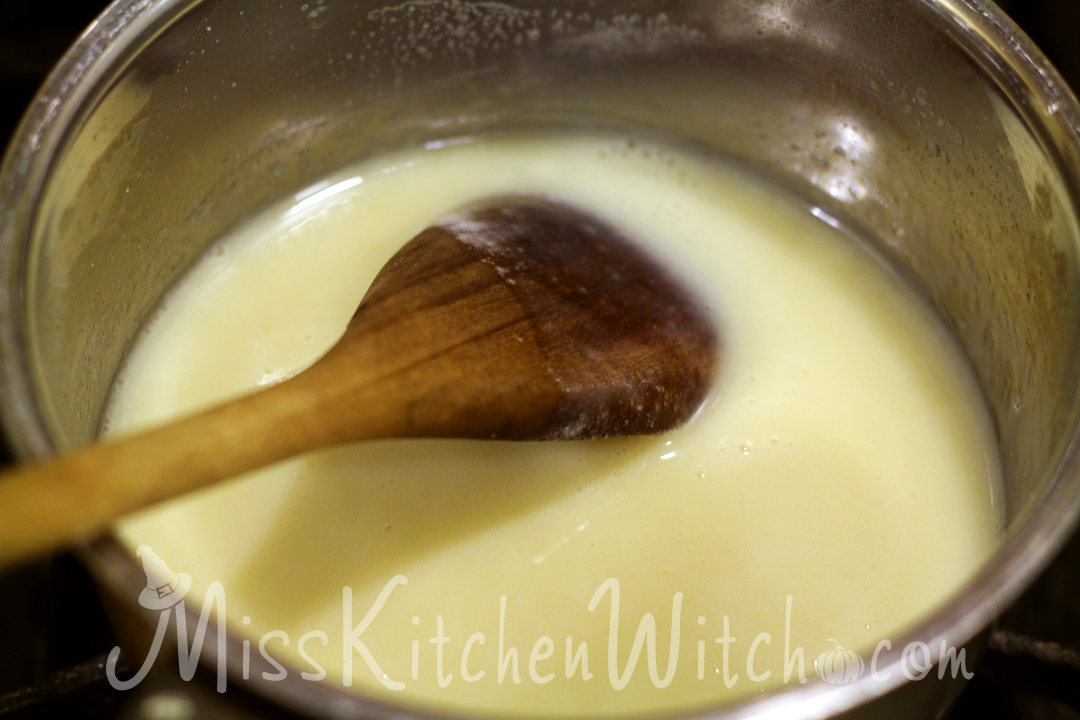 Once hot, add the starch slurry and continue cooking and mixing over medium heat for 3 to 4 minutes. Once thickened, remove the sauce from the heat and stir in the vanilla extract and salt.

Place a serving platter over the opened pudding and flip. Let the pudding settle on to the platter and gently remove the mold. Slice and serve hot, topped with warm custard sauce. 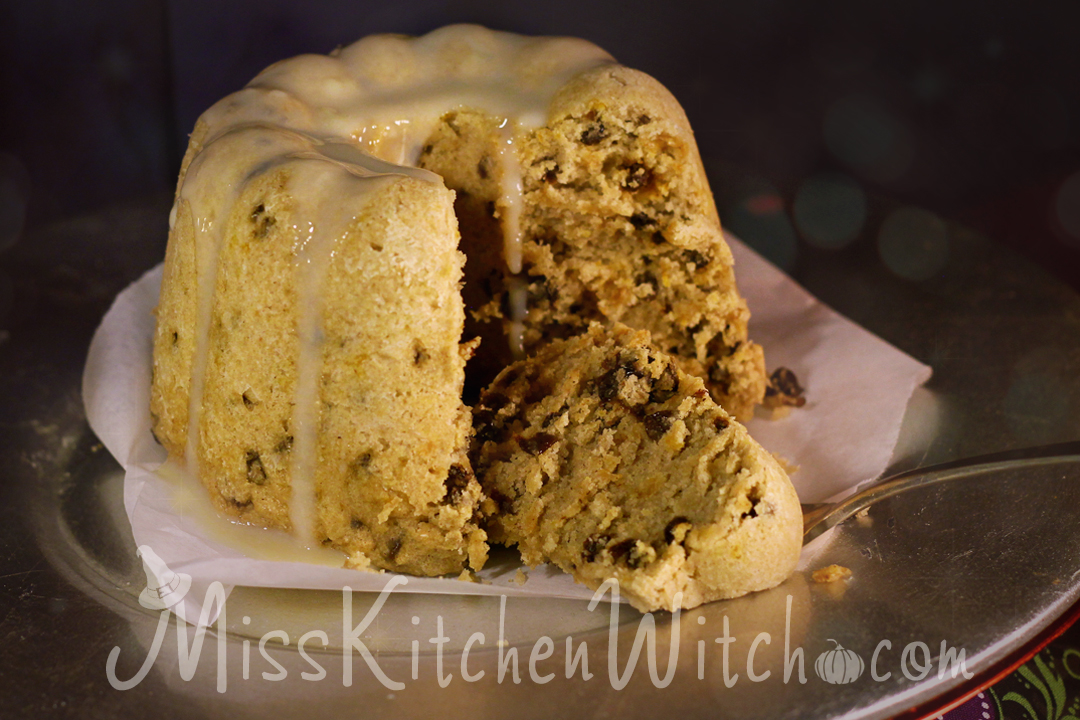