I may be a Disneyland girl through and through, but I have to say I’ve been horribly tempted and torn by all the images of Diagon Alley at the Wizard World of Harry Potter in Orlando Florida! Apparently, Hollywood will be getting a similar attraction in Universal Studios come 2016. That might be enough to keep me in Los Angeles for a few more years. If you happen to be out of the Wizarding World loop, it is a theme park area attraction within Universal Studios that includes several Harry Potter themed roller coasters and spaces replicating Hogwarts School, the nearby village Hogsmeade, and recently the Hogwarts Express train and Diagon Alley.

I’ve read up on all the stores and restaurants offerings—mostly fast food versions of British fare. Microwaved Bangers and Mash and Pot Pies, etc. Though, one of the desserts caught my eye at The Leaky Cauldron: Cranachan. It’s a Scottish dessert, traditionally served around harvest time. Originally made with a whipped sweet cheese, the modern version is always made from whipping cream, whiskey, honey, oats, and raspberries. Easy to make, even last minute, and incredibly delicious. It may look like an American parfait, but I have a feeling The Leaky Cauldron would really have made it heavy on the whiskey. If you don’t do alcohol, omit the whiskey and add a little bit of vanilla extract to the cream instead.

In a heavy skillet, toast the oats over high heat for about 5 minutes. Stir or toss often to prevent burning. They should start to brown slightly and will become nutty and fragrant. Transfer to a small bowl and drizzle 1 tbsp of the whiskey over the oats. Set aside. 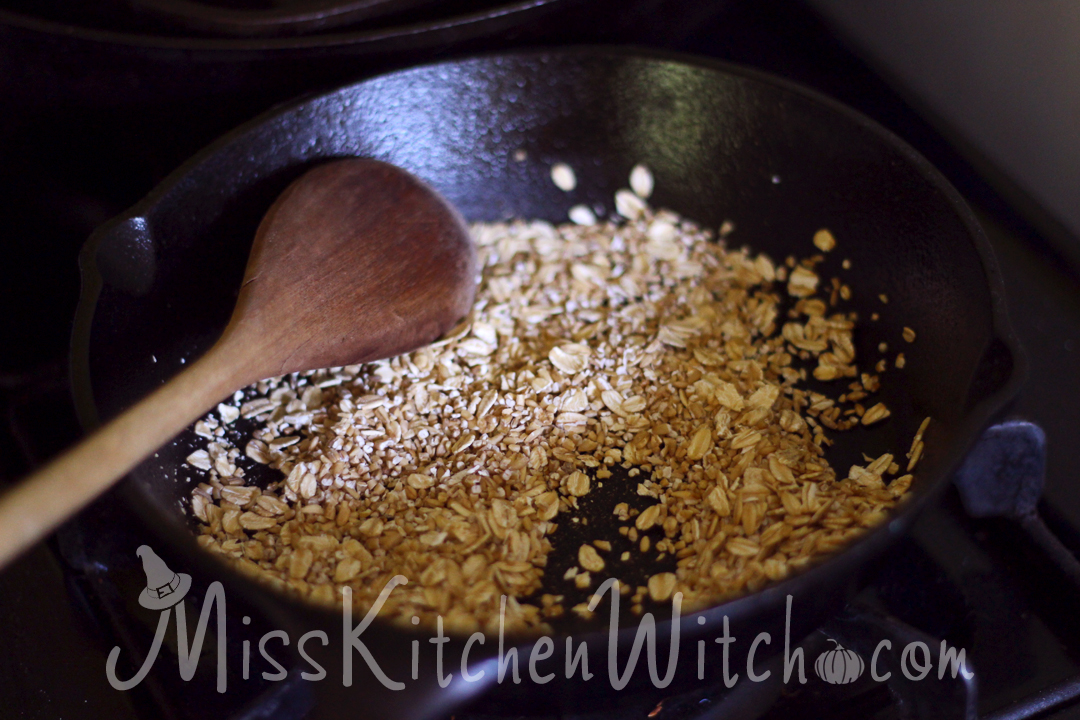 If using coconut milk, chill and drain off the water. Save the coconut water for a smoothie or iced drink. Scrape the hardened coconut cream in to a chilled bowl and beat for about 2 minutes on high. It won’t increase in size much, but it should be firm, fluffy, and free of lumps. If too wet, place the whole bowl in the freezer for about 10 minutes and try again. 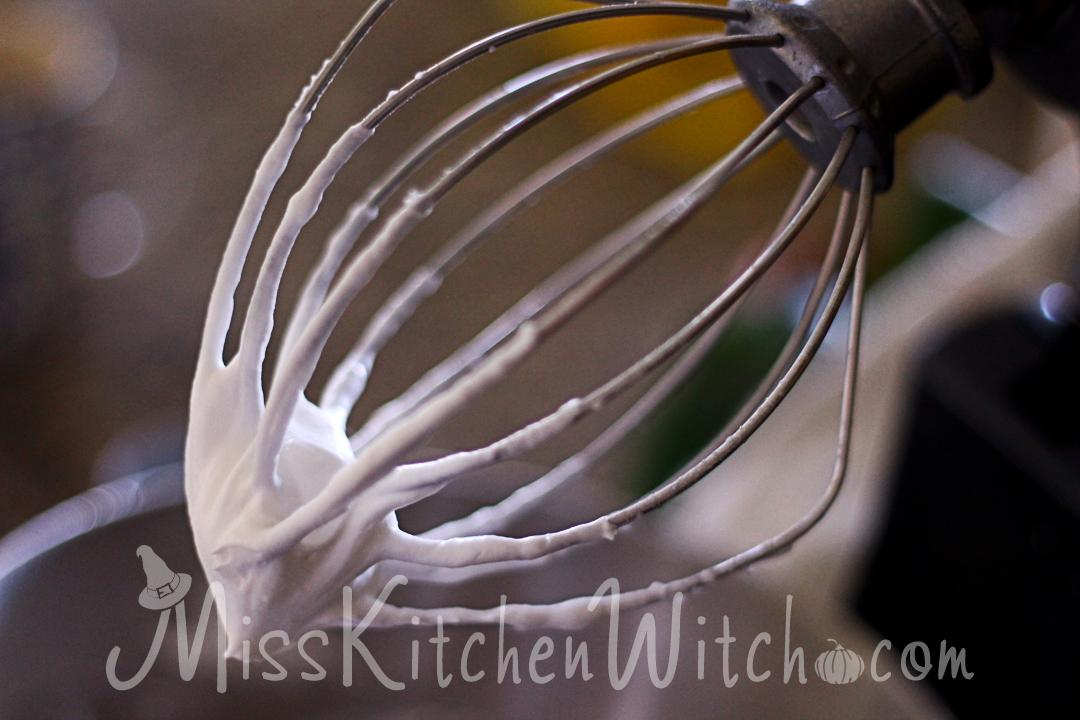 If using a mixer, keep running and drizzle in the remaining 3 tbsp of whisky—or beat in by hand a little bit at a time. Then do the same with the agave. Fold in the oats gently (reserving a small spoonful for garnsh) and allow to set in the fridge for about 5 minutes. 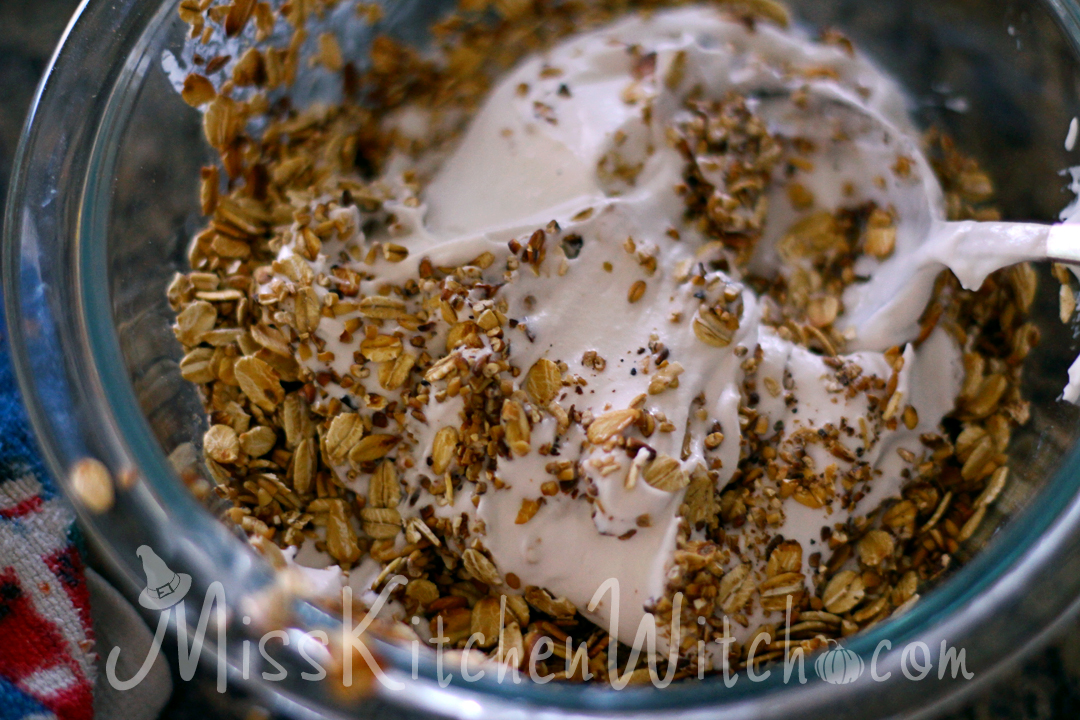 Smash all but 4 of the raspberries. Save those for garnish. 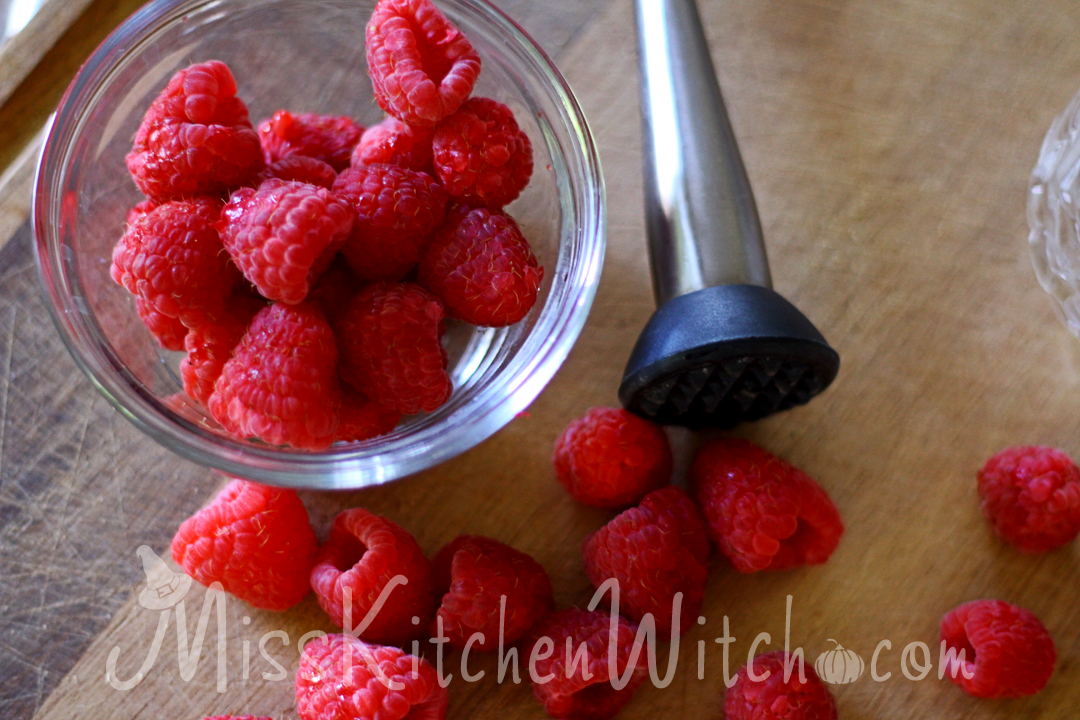 Press the smashed berries through a sieve if you prefer to remove the seeds. Mix in the tablespoon of fine sugar. 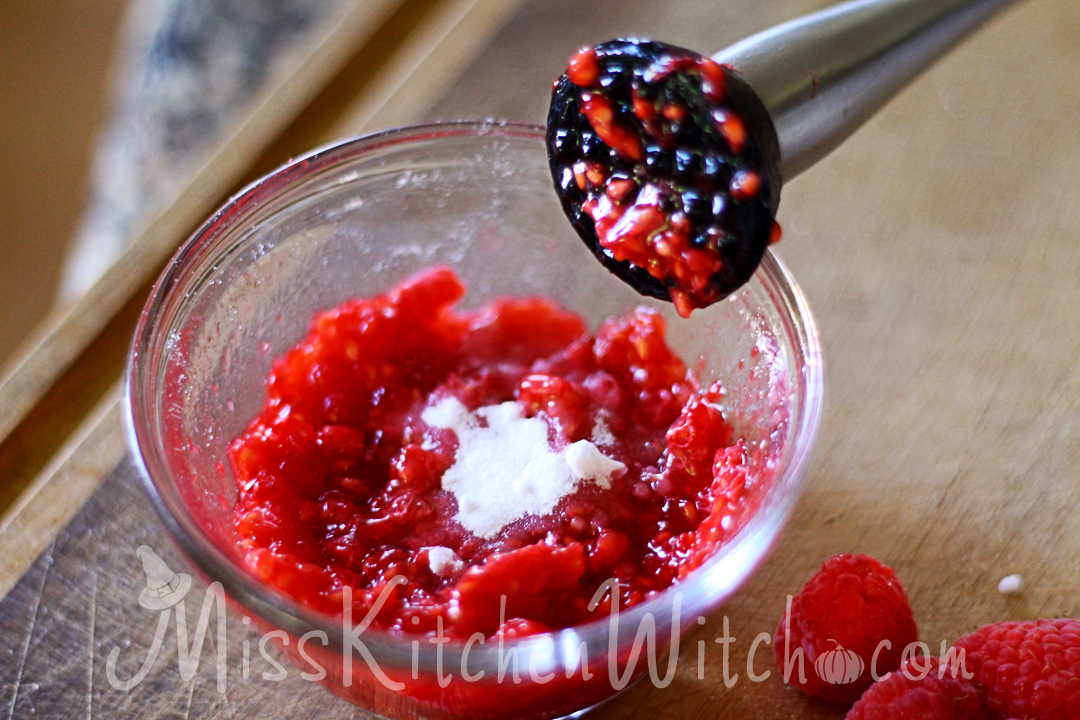 Spoon a dollop of berry puree into the bottom of four small glasses. Retrieve the cream from the fridge and layer cream, berry, cream and top with one of the four reserved raspberries. Sprinkle all four with the reserved oats. Chill until serving. 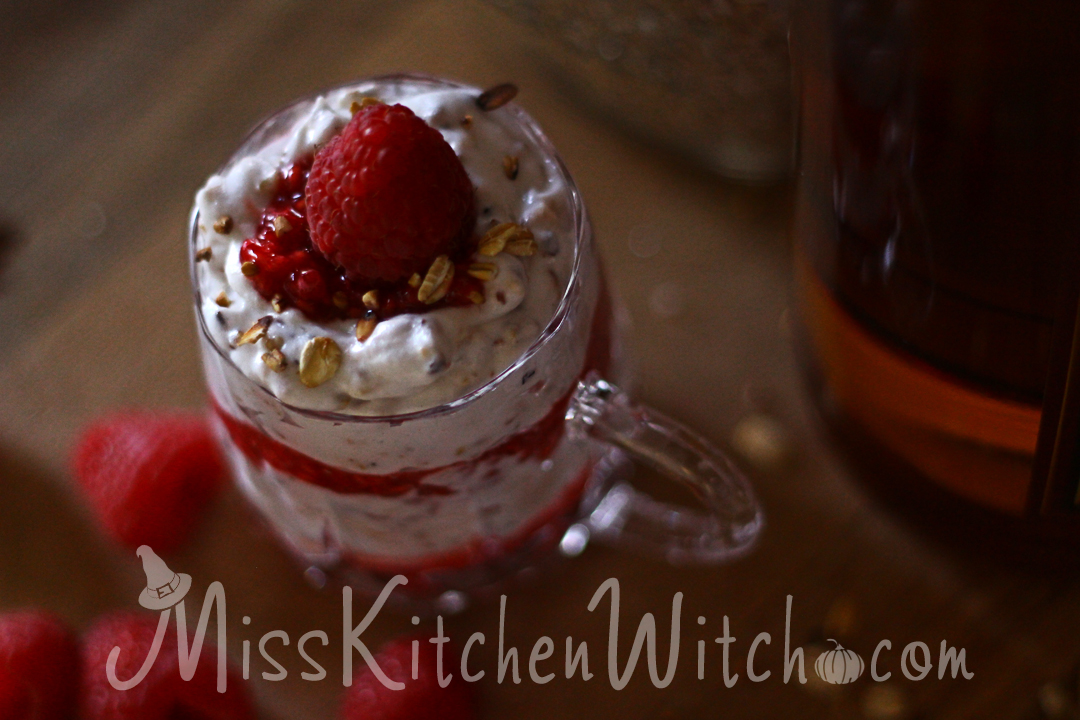