One would think that being so easy to create, so deliciously simple, vegan milkshakes would be easier to find. There are three things milkshakes should not be. One, a block of ice cream in a cup that makes your head implode as you try to vacuum it up a tiny straw. Two, melted ice cream in a cup that is more like tepid flavored milk. Three, a fruit smoothie. Let’s face it, milkshakes are an indulgence—not a health food, so stop trying to add bananas and spinach to my vegan milkshake. If I wanted a smoothie, I’d make myself a smoothie.

Milkshakes are ice cream, milk, and some kind of flavoring or syrup. They should be rich and creamy, and 100% unadulterated naughtiness. I added a little bit of Kahlua just for fun, but it can be easily left out. You can also try chocolate ice cream in place of the vanilla or do half and half. 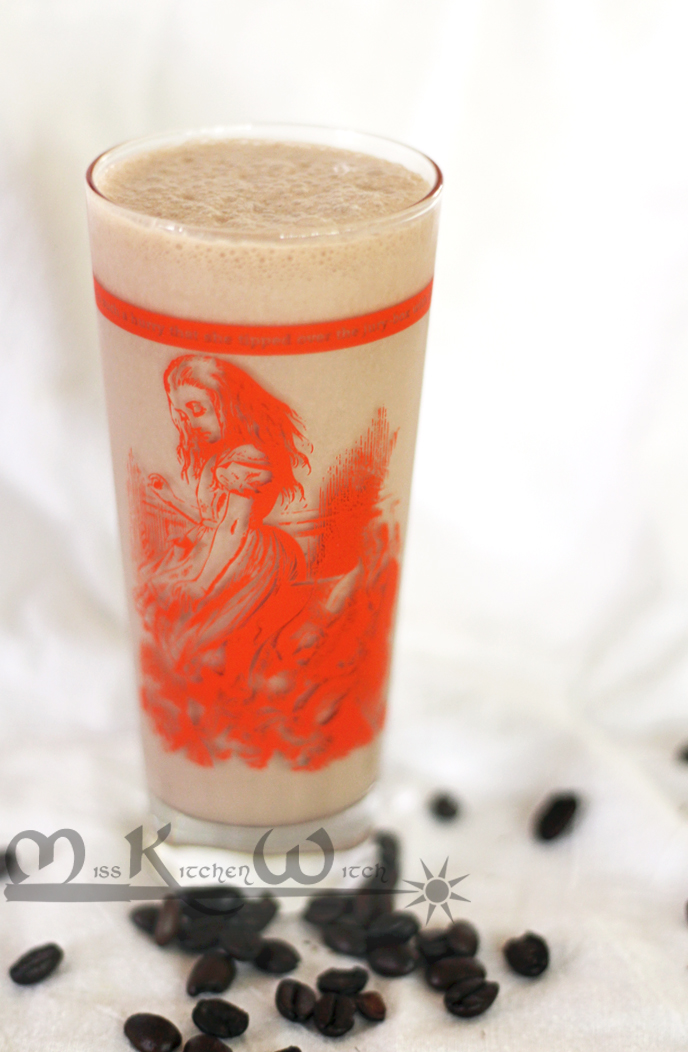 In a high powered blender, process the coffee, cashews, and vanilla until completely smooth. Add the ice cream and run for about 15-20 on low, just until mixed. Over blending the ice cream will cause it to totally liquidize.

Serve with a drizzle of chocolate syrup or a dollop of vegan whipped cream!