Rhubarb is an amazing treat baked in to a pies, stewed into a sauce, or as the flavor of one of my favorite soda pops. You find the best rhubarb at a local farmers market, but it is also available year round in the frozen section or shipped in from warmer climates. Rhubarb originated in China where it was used as a medicinal laxative for centuries, but it didn’t pop up in the culinary world until the 18th century.

The leaves contain oxalic acid which can be toxic, but the stalk portion is edible. Rhubarb is referred to poetically as the crimson stalk, though it is the green and pink stalks which are generally heartier and better in cooking. That deep red is just too darn pretty to resist! Go for firm, crisp stalks and avoid any rhubarb that feels soft or looks like it may be browning. You can always perk up rhubarb before using it by placing it root-end down in a cool glass of water. I try to find recipes, like this one, in which rhubarb isn’t overpowered by strawberries and other fruit, giving the rhubarb a chance to shine on it’s own. 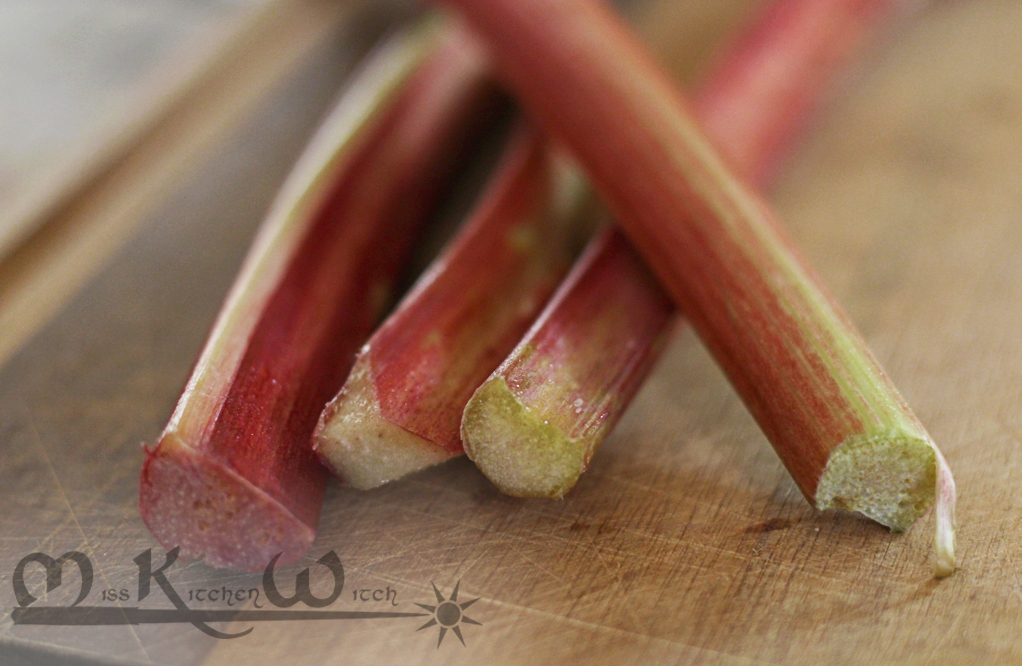 Preheat the oven to 425°F. Sift together the flour, sugar, baking powder, and salt in a bowl. 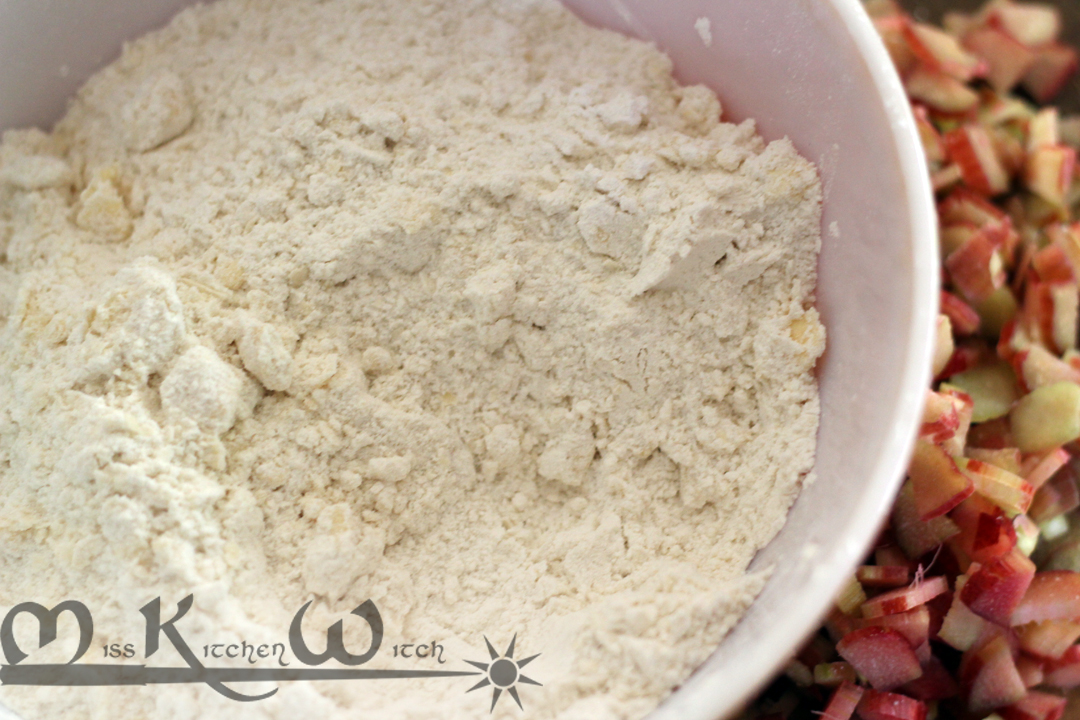 Crumble the vegan butter into the dry mix, making little pea sized chunks. Add the diced rhubarb and almonds, if using. Toss gently to mix. Stir the vanilla and vinegar into the soymilk, allowing it to curdle. Add the soymilk to the dry mixture a little at a time, being careful not to over-mix. 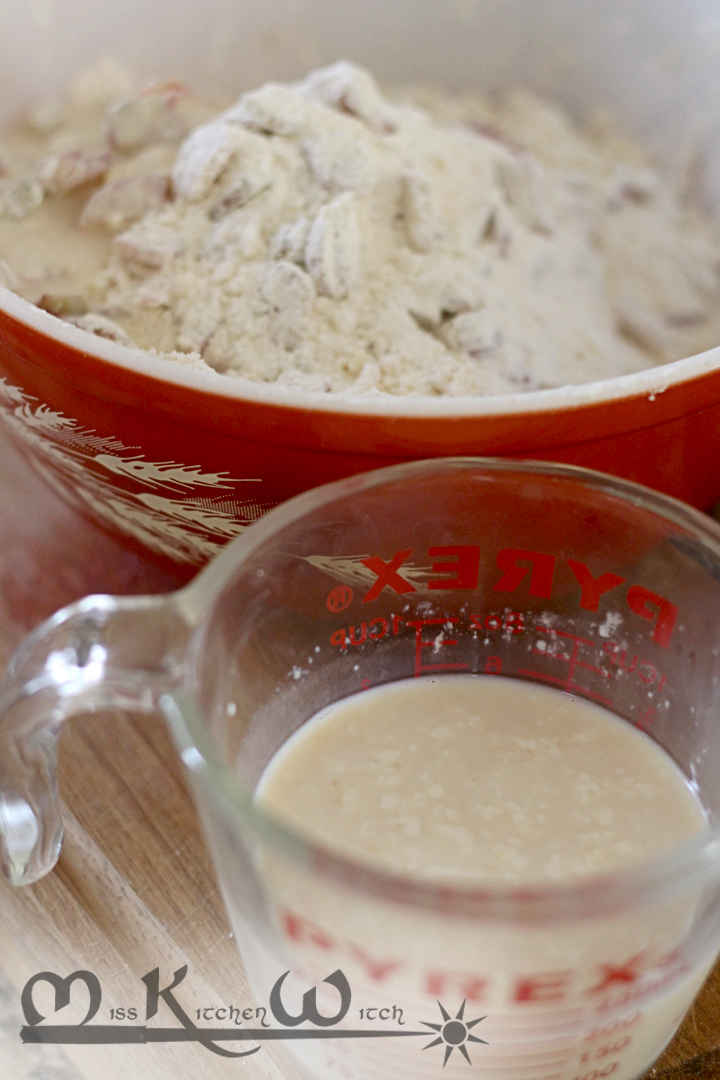 Just before it’s completely mixed, dump the dough on to a floured surface and fold the last few times to mix it completely. Flatten the dough into a 1/4″ sheet into desired shapes. Arrange on an ungreased cookie sheet and sprinkle with sugar or extra almonds if you like. Bake for 20-22 minutes or until lightly browned. 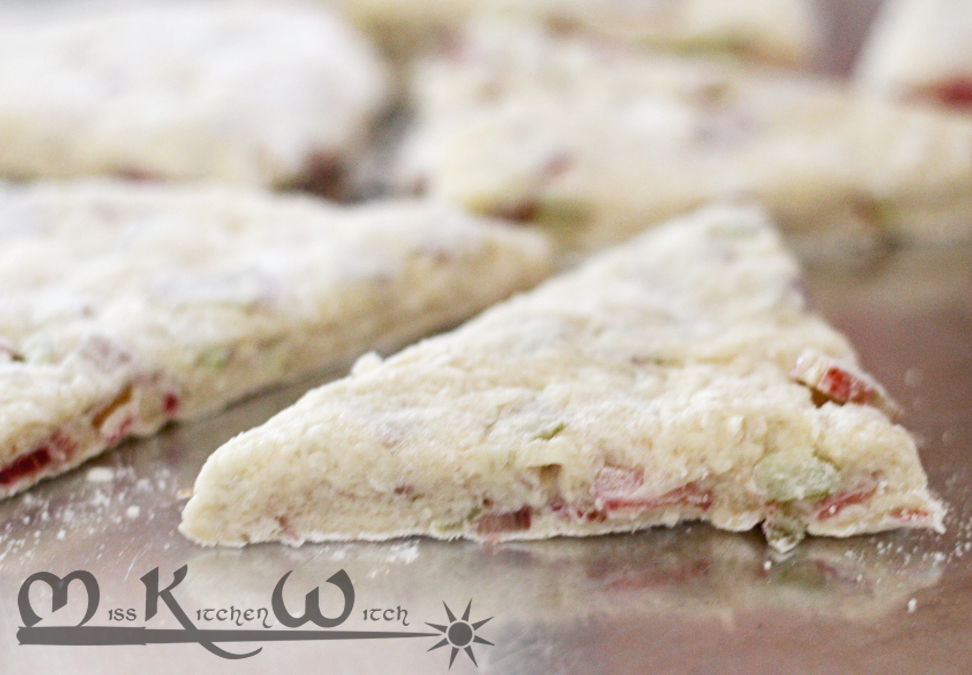 Drizzle with agave or add a dab of vegan butter or jam and enjoy! 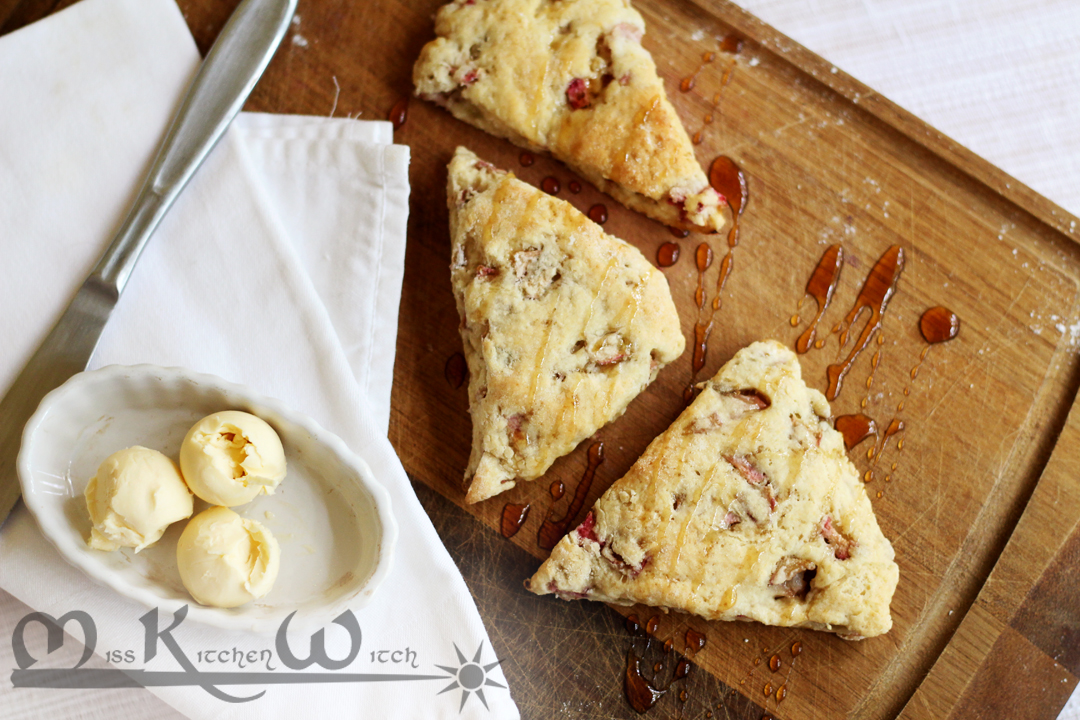