Jacket Potatoes, or Baked Potatoes stateside, are simply spuds baked whole with skins intact. They are baked, cut open,  fluffed up, and sometimes filled with extra toppings. Returned to the oven and you’ve got double-baked potatoes. Jacket Potatoes were the only food mentioned at the Halloween Feast in The Philosopher’s Stone before Professor Quirrel bursts in and interrupts the celebration.

A thousand live bats fluttered from the walls and ceiling while a thousand more swooped over the tables in low black clouds, making the candles in the pumpkins stutter. The feast appeared suddenly on the golden plates, as it had at the start-of-term banquet.

Harry was just helping himself to a jacket potato when Professor Quirrell came sprinting into the hall, his turban askew and terror on his face. Everyone stared as he reached Professor Dumbledore’s chair, slumped against the table, and gasped, “Troll—in the dungeons—thought you ought to know.”

He then sank to the floor in a dead faint.

I added Pumpkin to my Harry Potter Jacket Potatoes for the Halloween feast—it felt right both thematically and seasonally. The pumpkin pairs well with the fluffy cooked potato and crisps up nicely on the top. Use either fresh baked pumpkin or canned, just make sure it is NOT sweetened! 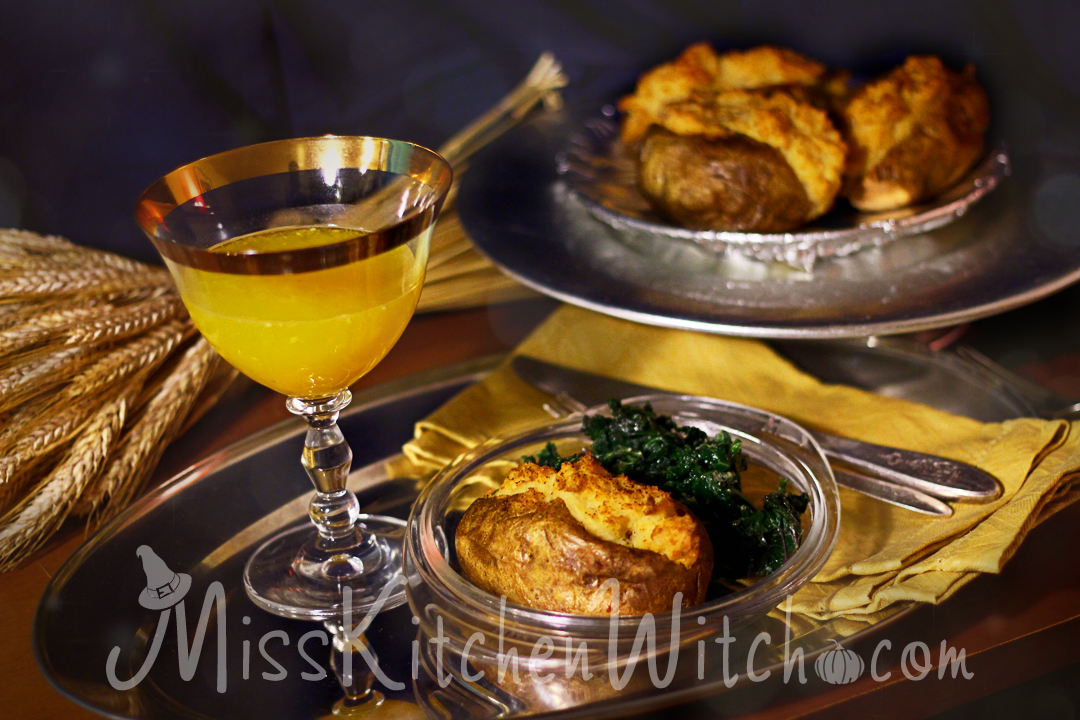 Preheat oven to 350°F. Arrange the cleaned potatoes on a baking sheet and prick each with a fork a few times.Bake for about an hour, or until the skin appears crispy and they feel soft underneath. Remove the potatoes and increase oven temperature to 400°F.

While the potatoes are cooking, prep your pumpkin filling. If using home cooked pumpkin, you’ll want to puree it in a blender or food processor. Add some of the soymilk, depending on how wet or dry your pumpkin is. Transfer to a pan and heat with the vegan butter or oil. Add the season, soymilk, nutritional yeast, and cheese (if using). You’ll want to cook it until the cheese completely melts and you can no longer see it contrasting with the pumpkin. 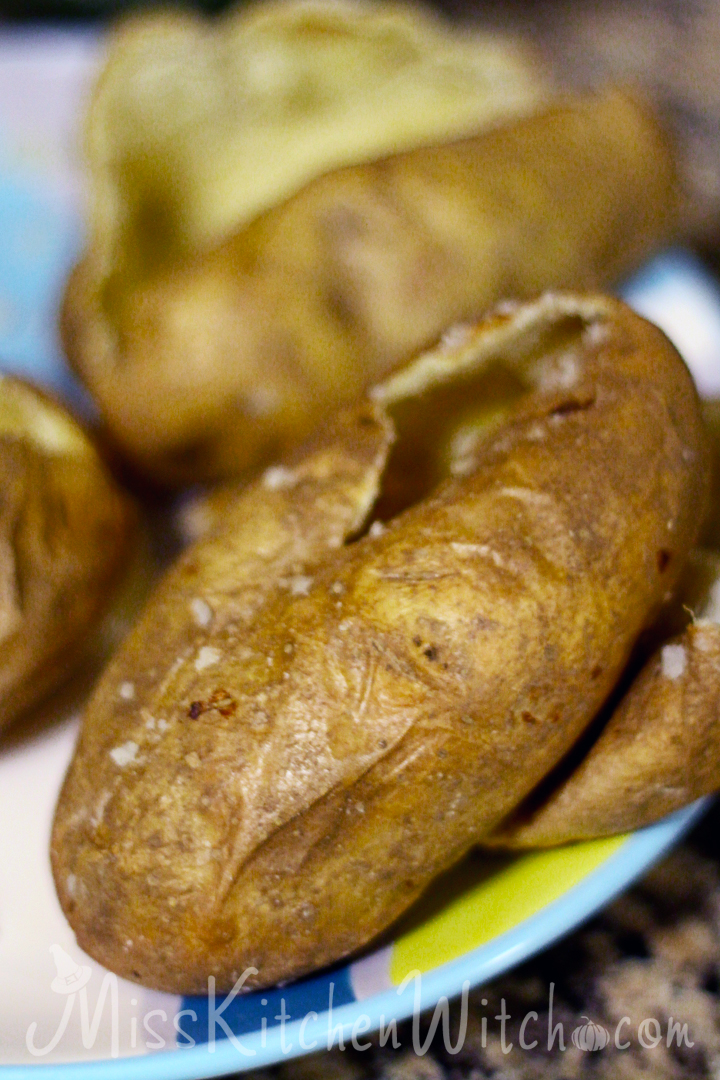 When potatoes are cooked, let cool briefly, and make a small cut down the middle lengthwise.  Scoop out the flesh of the potatoes, leaving about 1/4 inch inside against the skin.

In a mixing bowl mash the scooped out potato with the  pumpkin until the mixture is smooth. Adjust seasonings to taste. 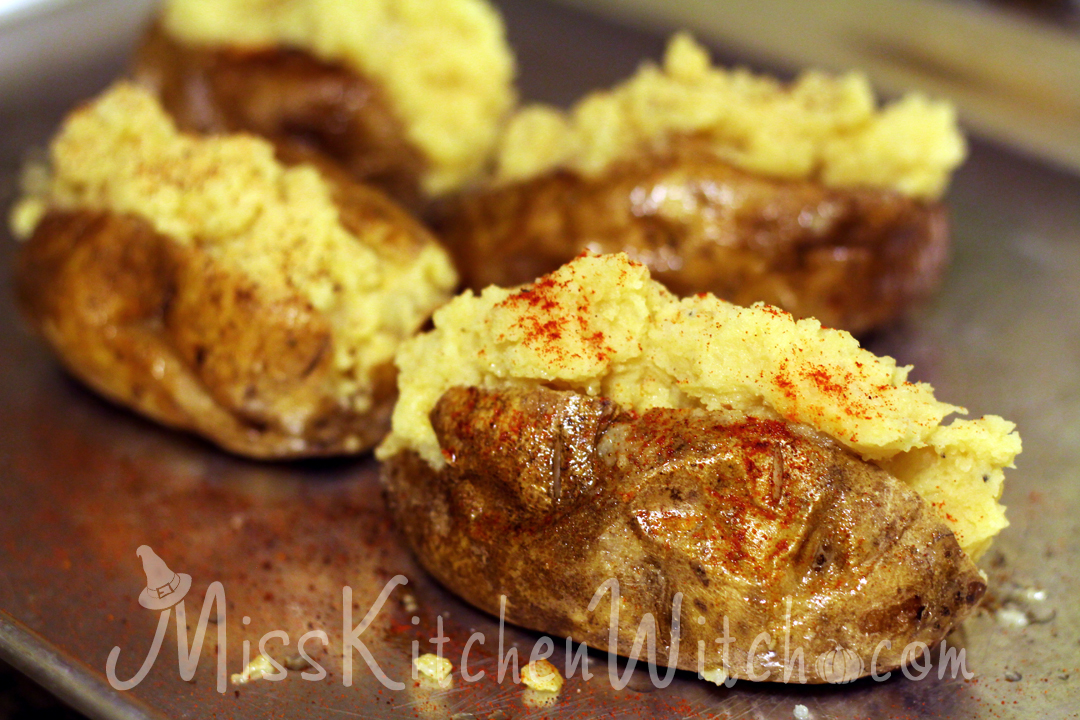 Spoon equal amounts of the mixture back into the empty potato skins. Brush the skins with a little bit of oil and sprinkle with open tops with paprika. Bake for 10-15 minutes or until the tops look nice and crunchy. 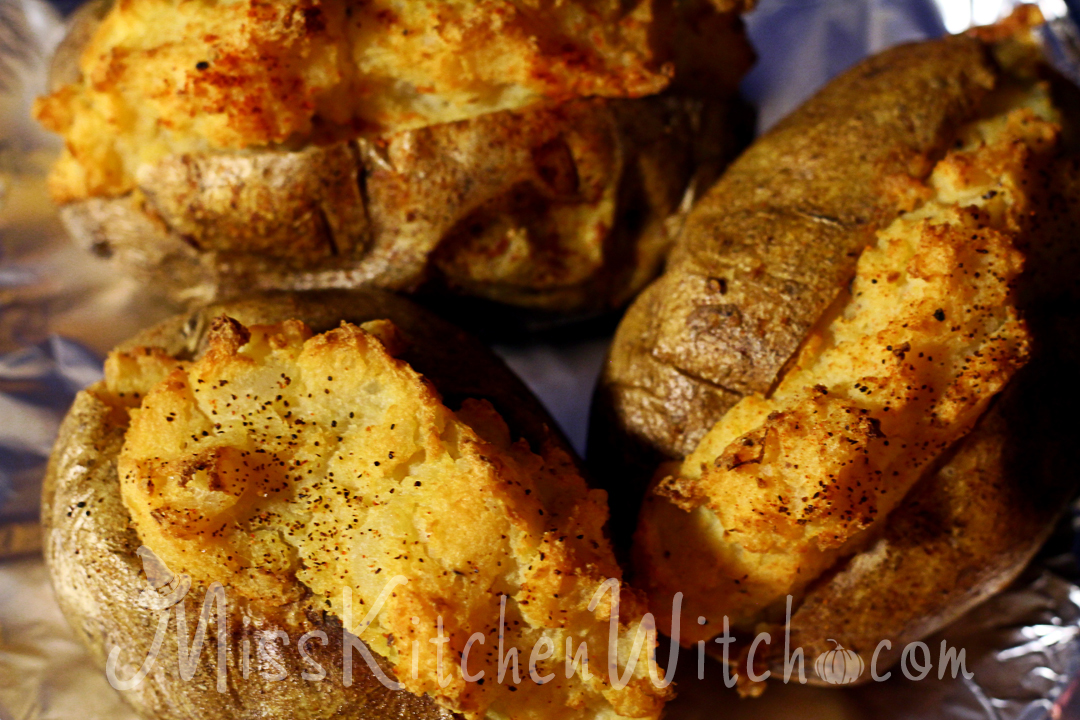 We enjoyed them with smokey-garlic kale and “pumpkin” juice. 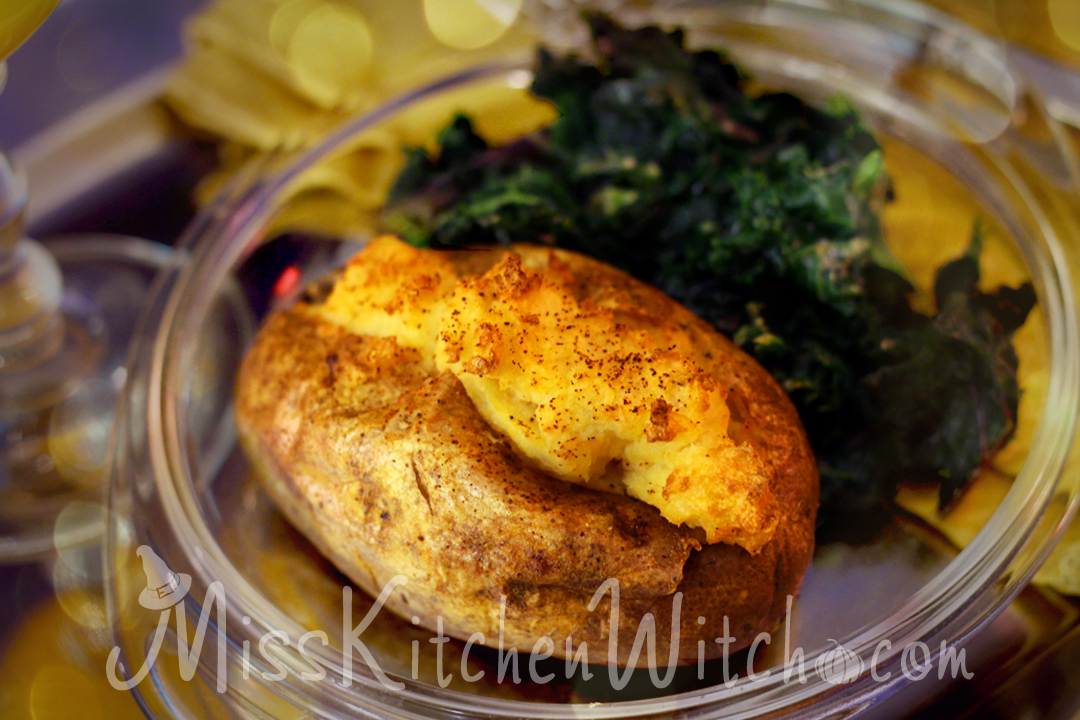