As a child that actually played dress-up and threw tea parties, crumpets always seems the quintessential English Upperclass thing to serve one’s guests. Though, truth be said—I had no clue what a crumpet was. I imagined it to be something like a scone or muffin, packed with currents. I wasn’t terribly far off, except for the fruit. Scones were once cooked on a griddle, like crumpets. Crumpets look like english muffins, but have a little bit of pancake chew to their texture. Crumpets are made from a batter and with some sort of milk. English muffins are made with water and yield a firmer, cuttable dough.

Both are tasty with lots of jam, nut butter, vegan butter, or marmite. So who is complaining? And for all the years of having thought that crumpets were an English staple, I’ve never once hear them referred to or seen them eaten on a British show and I watch a lot of UK telly. A LOT. Yet, maybe they’re so ingrained that they don’t need mentioning. Crumpets are just there. Either way, this recipe is so simple and straightforward I’ll make a crumpet fan of you yet! 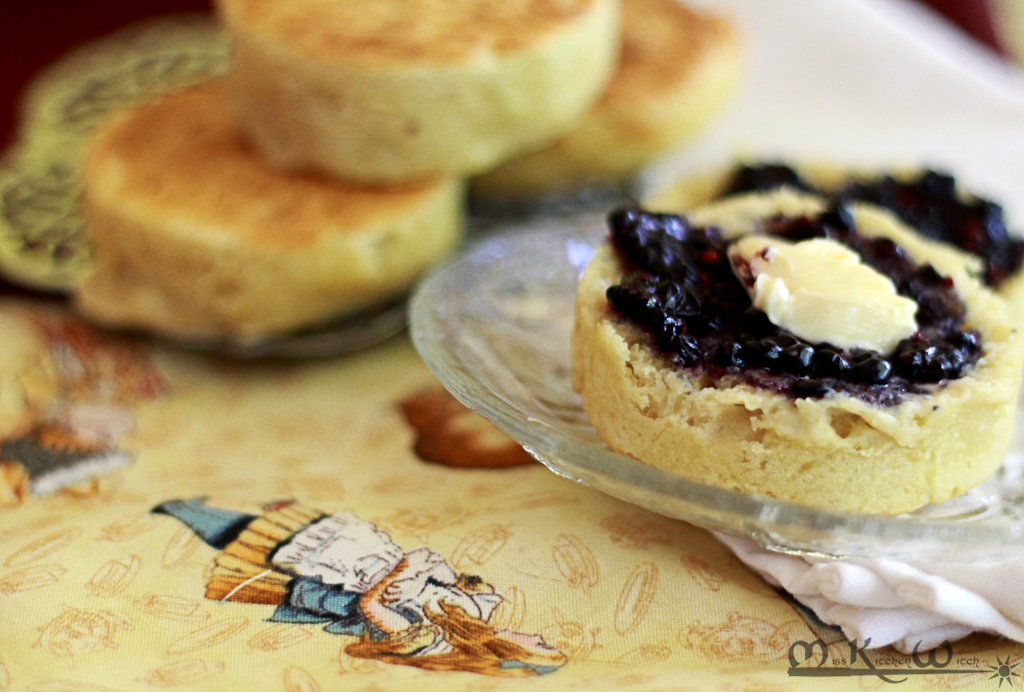 In a medium bowl, sift together the flour, yeast, salt and baking powder. Make a well in the center of the bowl and pour in the nondairy milk. Whisk together until the batter is thick, smooth, and creamy. Cover with a damp towel and set aside for about an hour somewhere warm. It should be puffy and full of air bubbles. 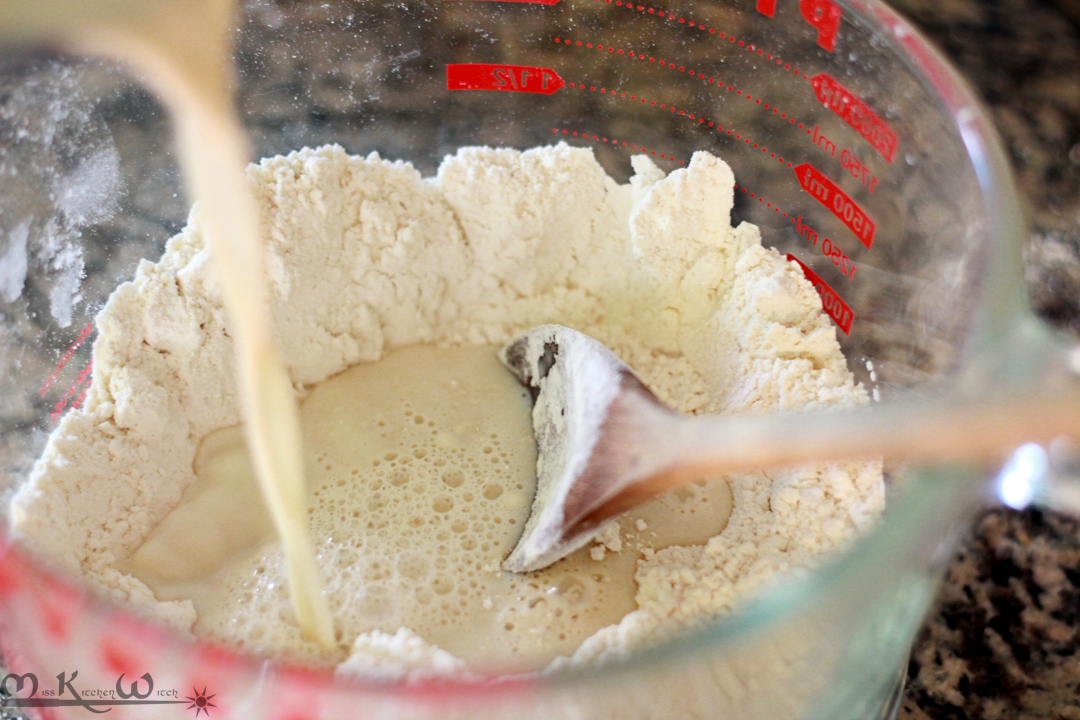 Heat up a cast iron skillet or heavy frying pan. Melt a little bit of vegan butter or oil in the pan. Brush a heat stable biscuit ring with some oil as well and let it heat up on the frying pan for a few minutes. If you have multiple, great. I only have one of that size that can hold up on a griddle. 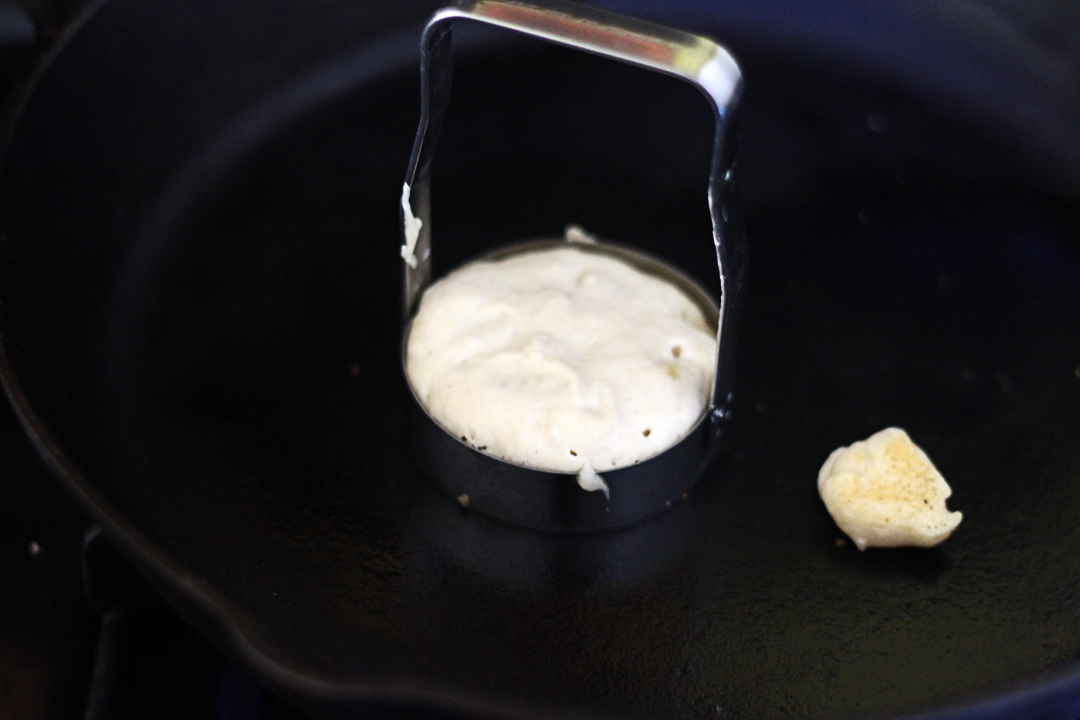 Once both the pan and ring(s) are hot, spoon a few tablespoons of the batter into the ring. Cook for about 5 minutes. Like a pancake, bubbles will form and start to pop. At that point, it’s good to flip and push out of the ring. Cook on the other side for another minute or two and repeat with the rest of the batter, oiling the ring(s) each time. They should be a light golden brown. 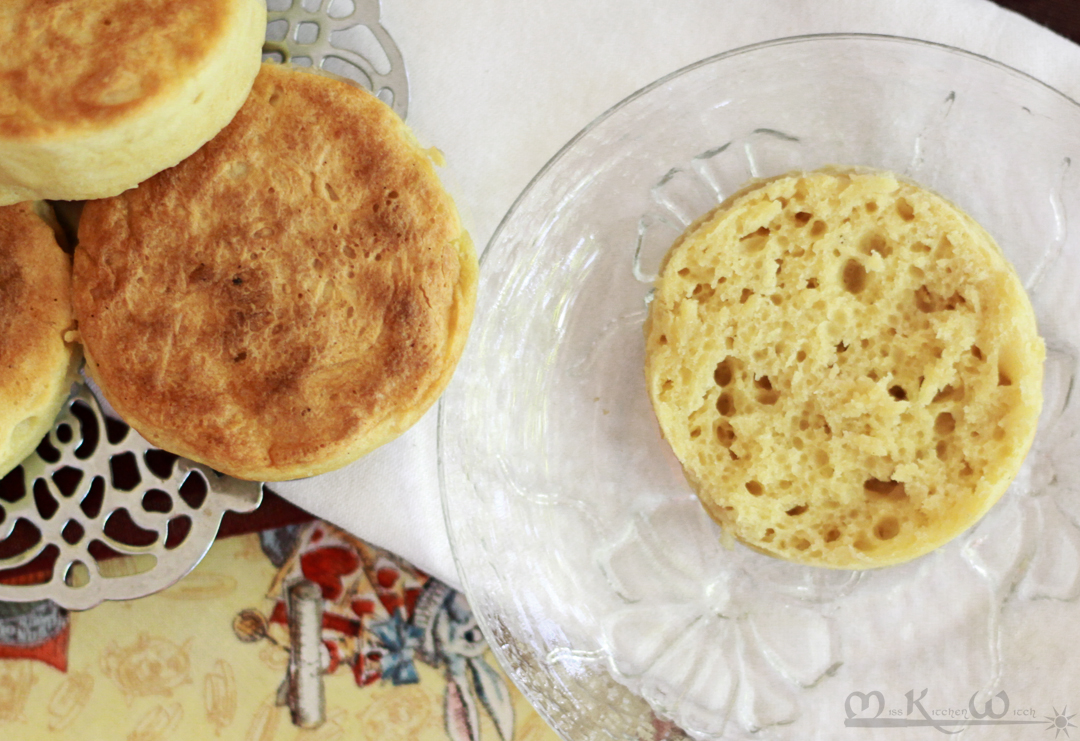 Serve hot off the pan or save and slice and toast them! 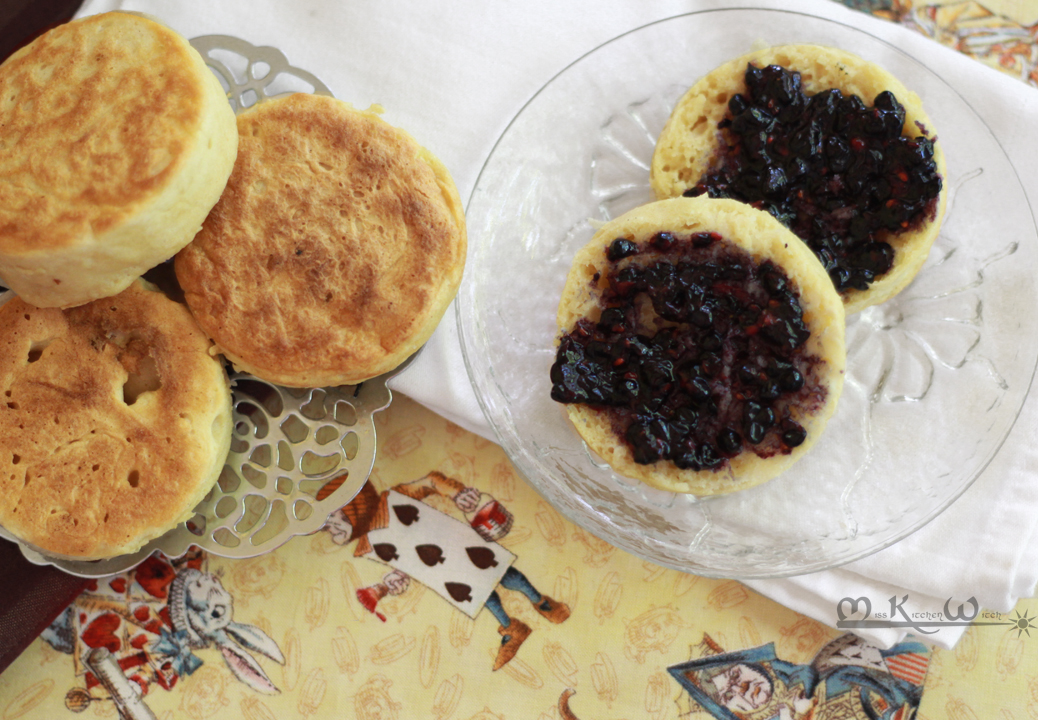